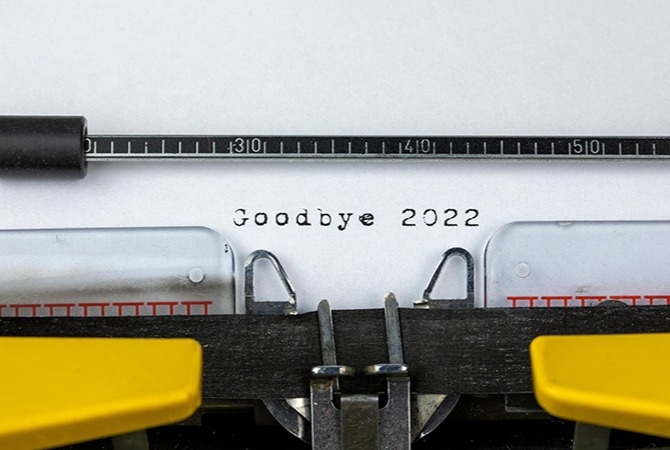 Every year since 2002, except for 2021, I have closed out the year with my satirical look at the world through the eyes of a professional investor/writer poking fun at what has transpired in our global society during the year about to end. 2022 was the year of government manufactured inflation and response by the Federal Reserve which sought to fight non-traditional inflation with traditional monetary policy. All told, as I wrote a few weeks ago, this was the worst year for investing in 100 years. Nothing was safe from Washington’s Grim Reaper except energy.

From LakeView Asset Management’s investment perspective, we turned the clock back two years in Growth stocks to nearly the bottom of the COVID sell-off. Our Dividend stocks gave back about a year of gains. This year’s big winner, to nobody’s surprise was the newly launched Energy portfolio. That portfolio began trading in the 4th quarter of 2021, closing out that year with gains and then followed up with a fantastic so far double-digit gain in 2022. Our Consumer Discretionary strategy, which launched in 2q21 and closed out that year with gains, tumbled this year in the face of inflation on low economic growth, yet outperformed its benchmark index. The most disappointing strategy was our Index Strategy which in prior years was extraordinarily successful but fell flat on its face and turned back the clock on three years of performance. All told, I cannot wait for 2022 and its craziness to end, hopefully returning to some financial normality in 2023. Actual annual performance results for all LakeView Asset Management’s strategies will be official and available for release by private request in early January 2023. All told, 2022 brought forth its own unique series of unexpected news, celebration, joy, disappointment, tragedy, and political intrigue.

For me personally, our family expanded once again as our eldest son got married. The LakeView Asset Management firm also expanded as my youngest daughter; Carly joined the firm. LakeView also ended its first full year of affiliation with Kingswood US. What would a year be like without some surgery in the family and renovations to our homes? This year, my wife had her shoulder replaced. We renovated our pool in Nevada and continued a whole house renovation to our home in Bolton Landing, NY, which should be complete in time for the summer boating and horse racing season in Saratoga Springs. All renovations were designed by my wonderful wife, despite her shoulder replacement. I hope and pray that 2023 will be a year of health, happiness, and prosperity to my family, friends, clientele, and readers. Believe it or not, 2022 had many of those annoyances from 2020 still bothering me, like Influencers, AOC and Cancel Culture. However, I will dig down deep to find ten more annoyances in 2022. So, without further ado, here is my List of 10 Things I Won’t Miss About 2022 (and never want to see or hear about ever again), in no specific order:

I hope you enjoyed this year’s 10 Things and thank you for reading My Gut Feeling throughout the year. Please forward this year’s “10 Things” around to friends and family and invite them to sign up for My Gut Feeling. It is a Christmas staple at one friend/former colleague’s home. LakeView Asset Management is always available to help you with your investment needs, so don’t be shy to reach out to me, I am always available by phone 888-9-LAKEVIEW / 702-749-9343 or email srothbort-lakeview@kingswoodus.com or even via Zoom (ZM).

Disclosure: At the time of this commentary Scott Rothbort, his family and/or clients of LakeView AssetManagement, LLC was long AAPL although positions can change at any time.

Scott Rothbort is the President & Founder of LakeView Asset Management, LLC, (LVAM) an investment advisor representative, specializing in high-net-worth private wealth management. LVAM is affiliated with Kingswood Wealth Advisors Services, a registered investment advisor. For more information on investing with LakeView Asset Management, LLC call us at 888-9LAKEVIEW or request more information by clicking on the contact button on the top right-hand corner of the website. LakeView Management, LLC is a Nevada LLC, with its principal office located in Henderson, NV and branch office located in Millburn, NJ