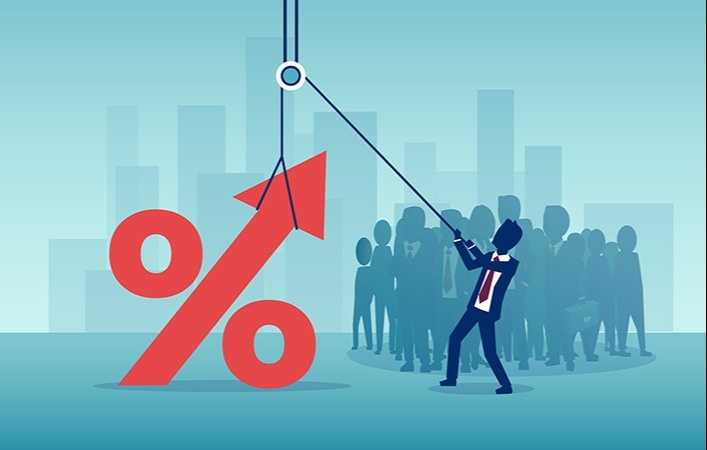 My Gut Feeling For Today, June 15, 2022: Answers to Questions That You Have (or Should Have)

WHAT SHOULD WE EXPECT FROM THE FOMC TODAY?

Today the Federal Reserve Open Market Committee or FOMC will be releasing the decision of its voting members as to changes in Monetary Policy. It is almost unanimous amongst economic analysts and Wall Street investors that the FOMC will be hiking its short-term target Fed Funds Rate by 50 basis points (½%) with some calling for a 75-basis point (¾%) hike. This is a mistake, in my opinion. At most the FOMC should raise rates by ¼% and if they had any moxie (or brains) they should not raise rates at all.

The FOMC has a dual responsibility – economic growth and price stability. Price stability is a fancy term for inflation control. Clearly the FOMC will focus on price stability. An overheated economy often generates inflationary rates more than the 2% inflation target. Inflation as we learned last week rose 8.6%; a 40-year high. At the same time, there are indications that the economy is slowing down. A rate hike would only serve to push the economy’s rate of growth even lower and perhaps into a recession. The greater the rate hike, the more likely a recession might emerge.

But what about inflation? Will rate hikes tamp down inflation? First, you must understand what causes inflation before making any serious monetary policy decisions. Inflation has two components: cost-push and demand-pull inflation.

Demand-pull inflation is when too many dollars are chasing too few goods, essentially a supply shortage. Other causes of demand-pull inflation are excessive government spending and expansion of money supply. Clearly the FOMC can do their part by reducing the money supply. However, the true problem right now is commodity costs, specifically crude oil which is suffering from supply shortages. Commodity prices are being passed down the entire supply chain. The FOMC cannot control the commodity side of the equation and may paint itself into a corner whereby it is forced to destroy commodity demand. That might replace one problem with another. This is what I am concerned about when the FOMC hikes rates too aggressively.

Cost-push inflation occurs when manufacturers increase prices to consumers as their input costs increase. A big component to cost-push inflation are demands by the labor force for higher wages to pay for more expensive goods and services. The best example of cost-push in the current environment is in the automobile industry. However, unlike prior bouts of inflation when labor had greater influence on wage demands, now employers have the upper hand in labor costs as there is excessive supply of labor or automation is replacing labor. The cost-push component of the current rate of inflation is extremely low, I would even say non-existent compared to the demand-pull component of inflation.

HOW LONG WILL IT TAKE FOR THE STOCK MARKET TO RECOUP ITS RECENT DECLINES?

Note that I said decline and not losses. Losses are permanent in nature while declines are temporary. How temporary is the real question? For example, in 2020 the entire global economy shut down for COVID. The S&P 500 (SPX) peaked on February 19 at 3,386. It reached a trough of 2,237 on March 13 of the same year, a 34% decline. It took until August 18, 2020, to reclaim the February peak price level, a six-month period for the decline to be recouped [some people might have said that was a bear market, but I will reserve that discussion for later]. For great financial crisis of 2007-2009, a true bear market ensued which took six years for declines to be recouped. In 1998 on July 17 the SPX stood at 1,186 before the Long-Term Capital blowup occurred [I was engaged in part of that episode in financial history from the outside looking in]. By August 31 of that year, the SPX declined to a low by a tad over 19% to 957. Finally, by November 25, 2020, the SPX recouped declines which commenced on July 17, a four-month round trip for the SPX. FOMC Chair Powell created his own financial market decline {I called it the Powell Plunge} beginning on September 20, 2018, with the SPX at 2,930 as he spooked markets with an all too hawkish monetary opinion. The SPX continued to decline by nearly 20% to 2,350 on December 24, 2018; finally recovering the level of the initial decent after seven months on April 23, 2019. You can see why I am not a Powell fan.

ARE WE IN A BEAR MARKET?

The media tends to declare a bear market when an index – it could be one of many – falls 20% from its high level. I find this to be overly simplistic because as you can see 20% (or nearly 20%) declines happens with some frequency. I define bull and bear markets over longer periods of time. For example, we began a Bear Market in 2000 which lasted until 2013. Markets then entered a Bull Market in 2013 which lasts until today, even though we have had a 20% pull-back in the SPX. As I see the markets, Bull Market reversals can occur in Bear Markets and Bear Market reversals can occur in Bull Markets. Right now, we are engaged in a Bear Market reversal in longer term Bull Markets. On a preliminary basis, I am expecting the SPX to reach 5,000 next year.